I tried to post earlier, but it didn't go through. Hope this one does.

How do you make rice pie and sausage pie? We use rectangle baking pans with no crust at all. The recipes come down from my great great grandmother. I'm wondering if our (apparently) unusual way is a regional thing, a village thing, or a family thing. 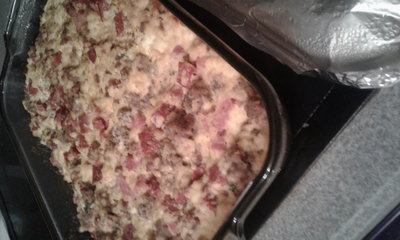 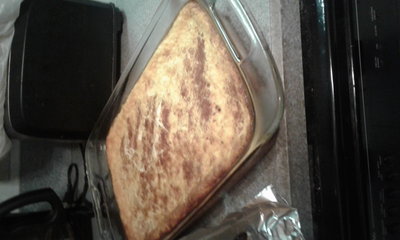 For Europe, With Love.
Top

My mother and I pulled out the Easter pies and bread recipes this morning. Later, my friend and I were discussing the baking differences between his sausage and rice pies and mine. That reminded me of THIS thread that I started four years ago (and nobody responded to). Lol.

For our sausage pie, we put three different cheeses, eggs, ham, pepperoni, and sausage, very thick, no crust, in a large rectangle baking dish. We cut it in squares and eat it with our hands. Lol.

Our rice pie is made in a similar way, loaded, no crust, very thick, highly flavored, and we cut it in squares.

Everyone in my area makes sausage and rice pie as a traditional pie. Their sausage pie isn't loaded like ours. It's thin, only cheese and sausage, with a top and bottom crust. Their rice pie is thin, crusted top and bottom, and mildly flavored. Both are baked in round pie plates and cut and served like regular pieces of pie.

We even make Easter bread differently than others around here. But I'll leave that topic for another time. Lol.

So how do you make your Easter pies? And what province are you (or your ancestors) from?

For Europe, With Love.
Top

No takers on the pies? Okay. Well, does anyone want to discuss bread?