Was it ever a custom to get married away from home? 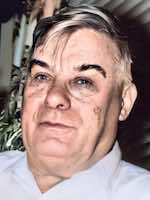 Was it ever a custom to get married away from home?

March 9, 1686 - death of Geronima, the 89-year-old widow of Giuseppe Benenati, and the daughter of Pietro and Pietra Garufi, on the bottom right

October 8, 1684 - death of Giuseppe Benanati, the 86-year-old son of Pietro and Emilia Benenati, second from the top on the right

However, I cannot find their marriage in Monreale, even though the 1657 marriage of their daughter Caterina says she was from Monreale.

Is there any reason that a 17th century couple would get married in another town?
Top

Re: Was it ever a custom to get married away from home?

They may have married in another parish whose records are not digitized.
He was richer than her.
She needed her parents permission.
She was pregnant.
Ann Tatangelo
Tours, citizenship certificates and ancestral research in Italy
http://angelresearch.net
Mon-Fri. 12 noon EST 5 minute videos - Letters to the Bishop - Scandals, etc.
Top

Re: Was it ever a custom to get married away from home?

Is there any reason that a 17th century couple would get married in another town?

There are many reasons indeed, the most common of which is when a lad courted a lass (or a lass fell in love with a lad) whose parents were opposed to their relationship and/or marriage for a variety of reasons. Therefore the only way for the lovers to break the impasse and get over the refusal of the respective parents was the so-called "fuitina" (elopement).

Normally it would happen with the boy's friends creating a diversion to distract the girl's parents and/or relatives while the two ran away from the town, usually seeking refuge in a church or convent in another town, or even in the house of an aunt/cousin/other relative.

There they will be married in secrecy, taking avail of the provisions of articles 1130 and subsequent of Canon Law, and probably settle somewhere away from their native area until they will somehow be reconciled with their respective families. Only then they will release the celebrant from his vow of secrecy and allow the marriage to be registered.

Another reason because a couple would rather elope under cover of darkness than celebrate their wedding in their hometown among their family and friends lies in the fact that the brides' family would have to provide a dowry (usually in the form of money and/or other goods) and the groom's family would be obliged to pay for the wedding banquet and all the celebrations. If one or both families were poor and couldn't obiously afford the big extravaganza connected with the event, more than often it was one or both the respective couples of parents themselves that would concoct the plan for their respective offspring to run away, so they could feign indignation in public while secretly feeling relieved from having to spend their house savings or even going into debt.

A popular cartoon in the 1800s depicted a girl leaving her home at nighttime from a window upstairs on a ladder held by her father, while her boyfriend waited downstairs and his prespective mother-in-law on the lookout...
Top
Post Reply
3 posts • Page 1 of 1