What do the words of the Italian national anthem, Il Canto degli Italiani mean?

Italian national anthem
From 12th October 1946, the national anthem of Italy has been the "Canto degli Italiani" (Chant of the Italians), written in the Autumn of 1847 by a Genoese student and patriot Goffredo Mameli, and set to music in Turin by another Genoese, Michele Novaro.

Born during an atmosphere of patriotic fervor that preluded the war against Austria, the hymn carries numerous historical references from the past, which however require a careful and detailed reading for a better understanding of the text. Here are our explanations, verse by verse.

Brothers of Italy
Italy has woken,
Bound with Scipio's helmet
upon her head.

Publius Cornelius Scipio, called the African (253-183 BC), was a Roman general and politician who was victorious against the Carthaginians and Hannibal in 202 BC. C. in Zama (now Algeria); the battle sentenced the end of the second Punic war, with an overwhelming victory by the Romans. Italy, now ready for the war of independence against Austria, figuratively girds its head with Scipio's helmet as a metaphorical reference to the heroic and valiant deeds of the ancient Romans.

Where is Victory?
Let her bow her head,
Because as a slave of Rome
God created her.

It refers to the ancient use of cutting the hair of slaves to distinguish them from free women; the latter, to highlight their status, used to keep their hair long. The goddess Victory is represented as a woman with long hair, she should therefore offer her hair to be cut as a sign of submission to Rome: the sense of the quatrain is the certainty of Mameli that, in the event of an uprising against the Austrians, Victory cannot be other than Italian because it is destiny that wants it. 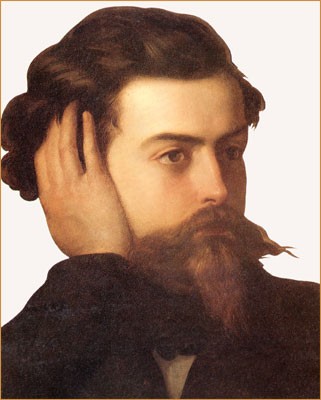 Let us join in a cohort
we are ready to die
Italy has called.

The cohort was a combat unit of the Roman army, made up of 600 men: it was the tenth part of the legion . "Let's get together in a cohort" therefore wants to encourage us to come forward without delay to arms, to remain united and close together, willing to die, for liberation from the foreign oppressor.

We were for centuries
downtrodden, derided,
because we are not one people,
because we are divided.
Let one flag, one hope
gather us all.
The hour has struck
for us to unite.
Let us join in a cohort
we are ready to die
Italy has called.

It is a reminder of the desire to gather under a single banner: hope of unity and shared ideals for an Italy, that of 1848, was still divided into seven states (Kingdom of the two Sicilies, Papal States, Kingdom of Sardinia, Grand Duchy of Tuscany, Kingdom of Lombardy and Veneto , Duchy of Parma, Duchy of Modena).

Let us unite, let us love one another,
Union and love
Reveal to the peoples
The ways of the Lord.
Let us swear to set free
The land of our birth:
United, for God,
Who can overcome us?
Let us join in a cohort
we are ready to die
Italy has called.

Mameli was a convinced follower of Mazzini. In this verse he interprets the political design of the founder of "Giovine Italia": To reach the union of all the Italian States, the realization of the republic. "by God" is a frenchism (and not an imprecation), which means "through God", "from God", here described as a supporter of the oppressed peoples.

From the Alps to Sicily
Legnano is everywhere

The battle of Legnano, in 1176, is the one in which the League of Lombardy, under the command of Alberto da Giussano, defeated Frederick I of Swabia, Redbeard. Following the defeat, the emperor, who went down to Italy to assert his authority, was forced to renounce his claims of supremacy; he therefore came to terms with the Lombard cities, with which he entered into a 6-year truce, which was followed in 1183 by the peace of Constance in which he had to recognize the city's autonomy.

Every man has the heart
and hand of Ferruccio

This is in reference to the heroic defense of the Republic of Florence which, between 12th October 1529 and 12th August 1530, was besieged by the imperial army of Charles V of Habsburg. During the siege, Captain Francesco Ferrucci was mortally wounded, and finished off by Fabrizio Maramaldo, a soldier of fortune on the payroll of the imperial army, whose name has become synonymous with the word "cowardly" and to whom Ferrucci addressed the words " You killed a dead man. " On August 12th the Florentines signed the surrender that submitted them again to the Medici.

The children of Italy
Are all called Balilla

The call to all the people of Italy goes to the value and courage of the legendary Balilla, the symbol of the popular revolt of Genoa against the Austro-Piedmontese coalition: it is the nickname of the boy, perhaps a certain Giambattista Perasso, who on December 5th, 1746 threw a stone at an officer, sparking the revolt that led to the liberation of the city.

The sound of every ring
rang for the Vespers.
Let us join in a cohort
We are ready to die
Italy has called.

"The sound of every ring" means "the sound of each bell". The event to which Mameli refers is that of the "Sicilian Vespers": name given to the riots that Sicily began after 16 years of Angevin domination (French) and gave itself to the Aragonese (Spanish). At the time of the vespers on Easter Monday of March 31st, 1282 all the bells rang to urge the people of Palermo to uprise against the French.

The mercenary swords
Are feeble reeds.
Already the Eagle of Austria
Has lost its plumes.
The blood of Italy,
the Polish blood
It drank, along with the Cossack,
But it burned its heart.
Let us join in a cohort
We are ready to die
Italy has called.

The Austria of the Habsburgs (of which the double-headed eagle was the imperial symbol) was in decline (the sold swords are the mercenary troops with which the ranks of the imperial army were full) and Mameli summons the people of Italy one last time to give the coup de grace to the Austrian domination with a parallelism with Poland. Between 1772 and 1795, the Austro-Hungarian Empire, together with Russia (the "Cossack"), invaded Poland. But the blood of the two oppressed peoples, the Italian and the Polish, can turn into poison through the uprising against the foreign oppressor. 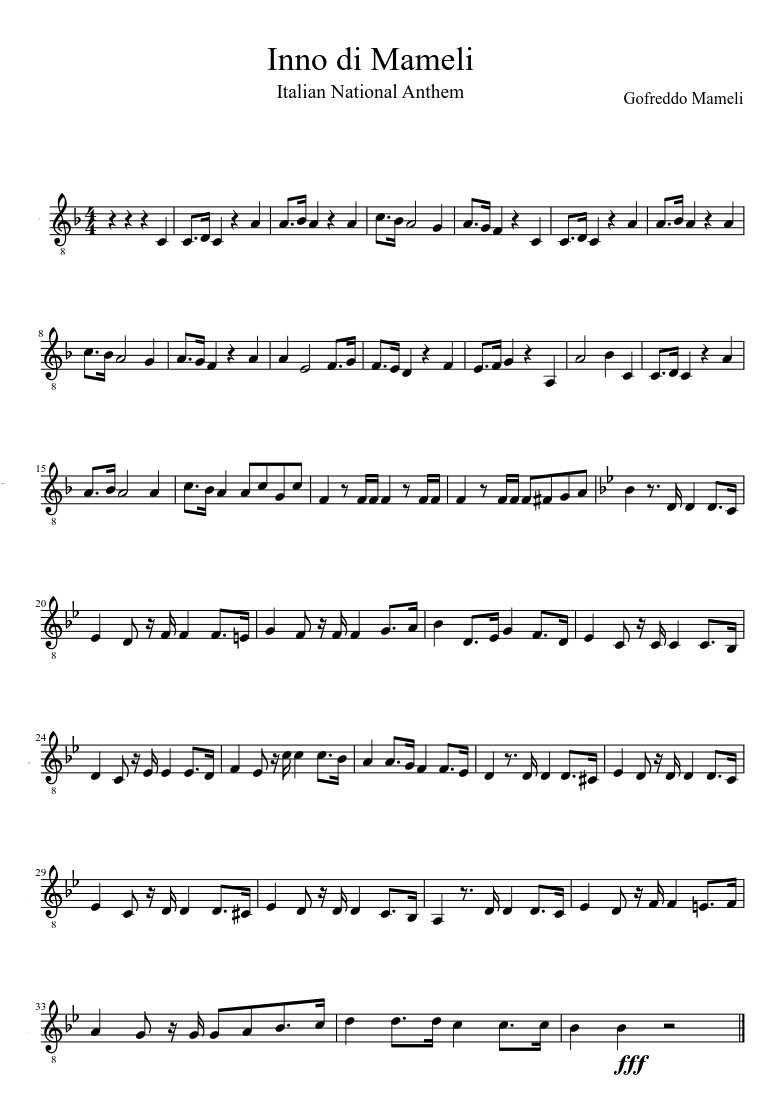