I've made several cousin connections using ancestry.com. With many of them we will simply exchange an email here and there on ancestry.com and compare some notes. I find that most people go to ancestry.com mainly to have a DNA test, an aren't that interested in building a family tree, making connections, or sharing information.Occasionally, you hit the jackpot like I did with Linda. Linda, who was researching her Piromallo grandmother came across my tree and sent me a message. I always suspected that my grandmother's aunt had come to the US in 1905, but I could never really make a firm connection. Over the course of the next 18 months, we would message back and forth with some known or new information and share storied and photos. I invited Linda to our Family Facebook group as well as some of her immediate family. While I had a lot of information from Italy, from both my own research and from a local research specialist, Linda did not.

Recently, Linda hired a researcher also, that turned up a lot of information that started to prove the theory. I was 100% certain, however, Linda still had some doubts. Earlier this year she did her first DNA test and BINGO 3rd cousins once removed. A few days later Linda began to send family photos. Her Great Grandmother and my Grandmother were 1st cousins, so this was very exciting to see. 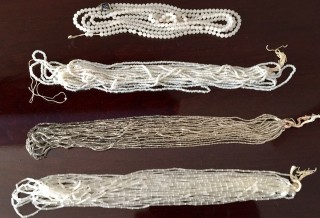 After 18 months of comparing notes and collaborating on email and phone. Bob and Linda meet for first time. Linda came over with her first cousin Gene. And I had my first cousin Paul come over. Paul is about 15 years senior to all of us, and had first and knowledge of the family. What was truly amazing to learn was that Gene and I lived only about 3 blocks from each other in Flushing NY for 4 years. I moved into the apartment after my cousin moved out in 1972 and Gene remembers visiting there. Their grandmother was my dad's second cousin. My first cousin Nancy and Gene's mom Josie were best friends and she was in his mom's bridal party. It's more than likely that my dad took her wedding photos. My dads older sister Julia and Linda's grandmother Beatrice were also very close. Another interesting fact that I learned from Linda, was that Gene's mom worked for my grandfather in the 1940's and 1950's. The Sorrentino brothers owned an embroidery shop in NYC where they made bridal crowns and veils. Linda actually had beads from this shop that her grandmother saved and brought us samples! 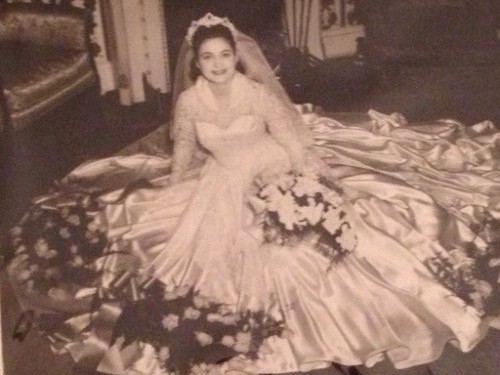 We had a wonderful reunion and shared tons of photos, Gene even brought over his mom's wedding veil. The only sad part was that these connections were broken long ago and we wished we had asked more questions of our parents and grandparents when they were still alive.